Jaguar have just announced the facelifted F-Type starting from £51,450 on the road. The facelift consists of: New front and rear bumpers, LED headlights, lighter seats and the Touch Pro infotainment system. The real reason why I’m writing this short news blog is that it has the worlds first ReRun app. The ReRun app was developed with GoPro and will able you to watch and share your driving experiences. The new app will capture real time footage from the driver’s GoPro combined with the F-Type’s data which includes the speed, gear selection, the amount you were braking etc. This can then be downloaded and shared on social media.

This software could make your morning commute a whole lot better. Definitely a good reason to take the longer route to work via the A-roads in a new Jaguar F-Type.

We blog any car is a 2017 finalist of the UK Blog Awards. 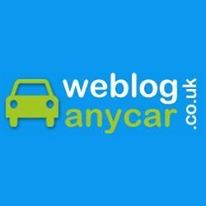