Renault Amazing Day Out In September 2015

Renault Amazing Day Out In September 2015 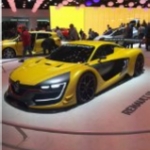 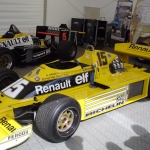 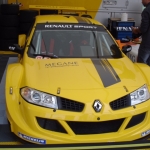 World series by Renault returns to Silverstone in September.
This is a family day out with action packed racing.

Sebastian Vettel
Daniel Ricciardo,
Jules Bianchi,
Carlos Sainz,
Robert Kubica,
Jamie Alguersuari,
Jean-Eric Vergne.
They all made the switch from this formula to F1.
You will even get the chance to see British racing driver Oliver Rowland drive the Red Bull RB8 F1 car.

The weekend however is not all about the racing drivers.
Spectators can also get the chance to get in on some of the action by driving themselves. Tests drives will be held across the Renault and Dacia ranges including the all electric Renault ZOE, Trafic, Master vans, not forgetting the RenaultSport Clio and Megane.
Test drives will be held on the weekend 5th-6th September.

Enthusiasts will be able to get close to the action in the paddock area allowing spectators to see what really happens behind the scenes in the garages.

I went over 4 years ago (See some pictures from that event).

Tickets for this amazing weekend (WSR Silverstone) can be purchased by going to
www.worldseriesbyrenault.com