COULD THIS BE THE ULTIMATE PORSCHE 911 TURBO S

COULD THIS BE THE ULTIMATE PORSCHE 911 TURBO S

This is the new 911 Turbo S Exclusive which is the most powerful of the turbo model to date.

Power output is now 607 hp, which is an increase of 27 hp.
This means now that the 3.8 litre flat 6 cylinder twin turbo engine can accelerate from 0 to 62 mph in only a jaw dropping 2.9 seconds.

To distinguish the 911 turbo S Exclusive Series from a normal 911 Turbo S the specification reads as below:

Inside the Porsche 911 Turbo S Exclusive, the exclusive theme continues: 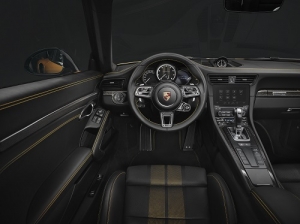 The new 911 Turbo S Exclusive is also available in other exterior colours (if you don’t like Golden Yellow Metallic paint).

Worldwide this car will be limited to only 500 units.  To make this car even more special you can order a exclusive Chronograph Porsche Design watch which is also limited to 500 units like the car. 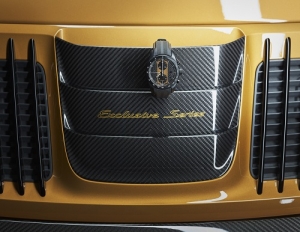 There is also available a 5 piece luggage set.