We Blog Any Car got to test the new limited edition Audi R8 Rear Wheel Series or RWS for short.
Could this be one of the purest Audi R8’s that money can buy? (Apart from the race car obviously)… well I think it could be.
First of all it is cheaper to buy than the normal R8 V10 5.2 FSI Quattro – S Tronic.  It also weighs 50 kilograms less too. This is because there’s no 4 wheel drive system….so all the power goes to the rear wheels.
The Audi engineers have tweaked the suspension to take into account all the V10 engine power going through the rear wheels.

I will have to comment on the sound of the V10 engine.  I’m sure you have heard the engine sounds on the Audi R8 TV adverts. Just for the record….It doesn’t do it justice.
It has a unique kind’ve “gruff-howl” which made me just want to keep reving it more and more.

When inside you are greeted with the usual form and function of a Audi German dash.
You can tell that a lot of thought has been taken with the placement and feel of every button and switch inside the R8. 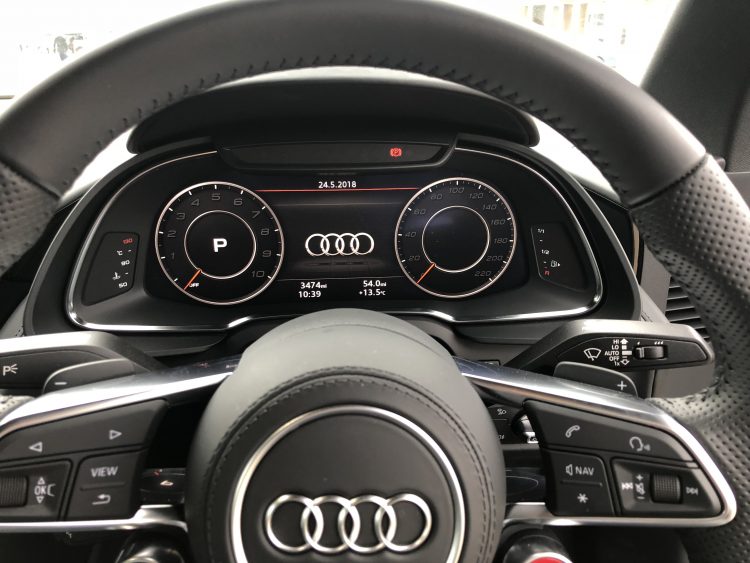 The dials are so clear to read. 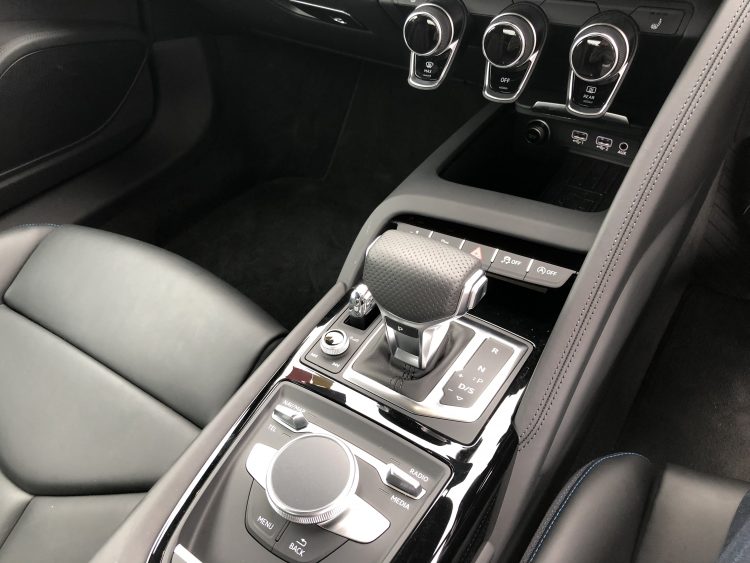 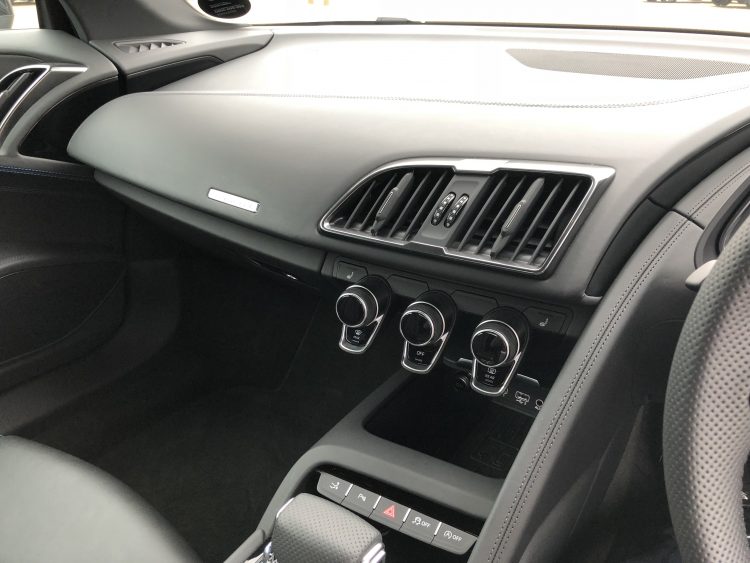 The strangest thing I found, and which I think is testimony to the Audi engineers, is even though I drove this car hard (ish) I didn’t want the embarrassment of being the first to crash it. So I didn’t dare turn off the traction control.

I found when driving this car around some twisty bends, that I didn’t notice (and it didn’t feel) as if it was rear wheel drive. This may be different if it was raining and wet…  but since it was a dry day everything behaved.

I thought that this car might be a bit of a handful because of the less weight and all the power going to the rear wheels.

It corners with such speed and force….willing you to press and lean on it harder.
The whole car feels assured and balanced.
Driving the Audi R8 RWD gave me the same reassurance that any normal Audi gives.
This is a supercar that you can drive everyday to the office or the shops.  It is docile and can be easily  manoeuvred at very low speeds…. but then on the flip side you can hit 0 to 60mph (where the law permits) in 3.7 seconds ..it then reaches a top speed of 198 mph. 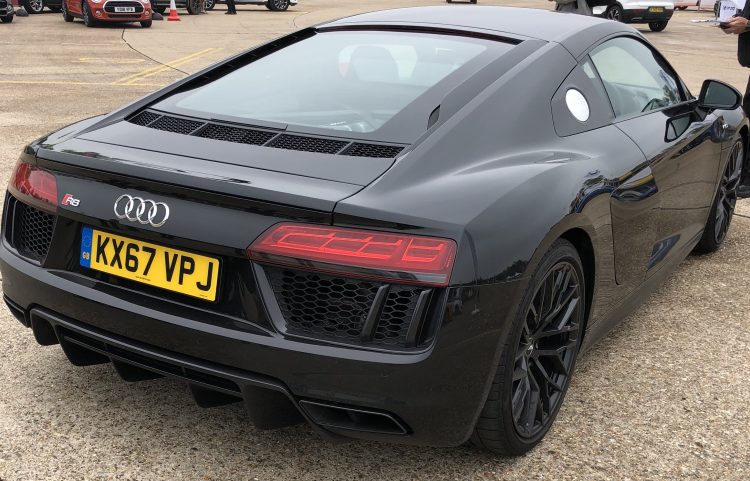 It uses a seven-speed S tronic dual-clutch gearbox and you can either just let it get on with the job of changing gears itself or you can take control with the paddles. I preferred changing gear myself…. that way I could make the V10 engine sing.

Oddly enough though I didn’t feel scared while I was pushing it. You may well be thinking …that’s because I didn’t push it to its limits??(And you would be right). That’s  the beauty of this car. Its limits are way beyond an average driver like me.

Here is the only downside….
there will only be 999 of them built.  Inside you have a plaque on the dashboard which states “1 of 999” to remind you of that fact.
If you want one (And believe me after driving one you will) you will have to be quick….before they have all gone.

Back to the good news….

So, with limited build numbers, rear wheel drive and a supercar you can drive everyday…. I predict that the prices of these R8’s RWS will go up on the used car market.

Audi R8 RWS Spyder is also available to order in the UK.