Vauxhall have once again teased us with a short video clip of the new Vauxhall GT Concept car.

Following on from our article on the 18 January 2016, here is the second part of the video clip.   Dr. Karl-Thomas Neumann, CEO of Vauxhall and Opel, opens the door to show the front of the GT Concept briefly.

I like the concept car centre double exhaust with the letters ‘GT’ written between the tail pipes. That would be a nice touch if they incorporate it in the finished car (if it gets the go ahead to be built for the real world). 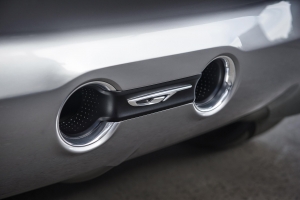 We will have to wait until the Geneva Motor Show in March to see this new design philosophy, but don’t worry our cameras will be at hand at the show to take snap shots of it.

Here below is the second part of the video below.