This is the new Toyota Yaris GRMN, and We Blog Any Car had a chance to have a quick drive.

This is the first GRMN Performance Toyota to be built and sold in Europe.

The return of Toyota to the FIA World Rally Championship, along with the Yaris Toyota Gazoo Racing WRC, inspired this car.

I was told by a Toyota official to expect to see the GRMN name badges on a lot more of the performance Toyota new models.

There will only be 400 Yaris GRMN built for the European market….and as I understand 80 will be allocated for the U.K.

The price tag is £26,295.   It isn’t cheap….but when you think about how rare this hot hatch is, it could be worth the money.  Look at it as an investment.

Most of them are now sold with a few knocking around the Auto Trader website with delivery miles on.

With this new Yaris GRMN the performance team did not hold back.

First of all it has a 1.8-litre supercharged engine – producing 209 bhp.

As soon as I fired up the engine, I noticed a distinctive exhaust drone note from the centre tailpipe. This took me back to the days when my mates used to fit Janspeed exhaust back-boxes to their Fiesta XR2’s and Nova GTE’s. 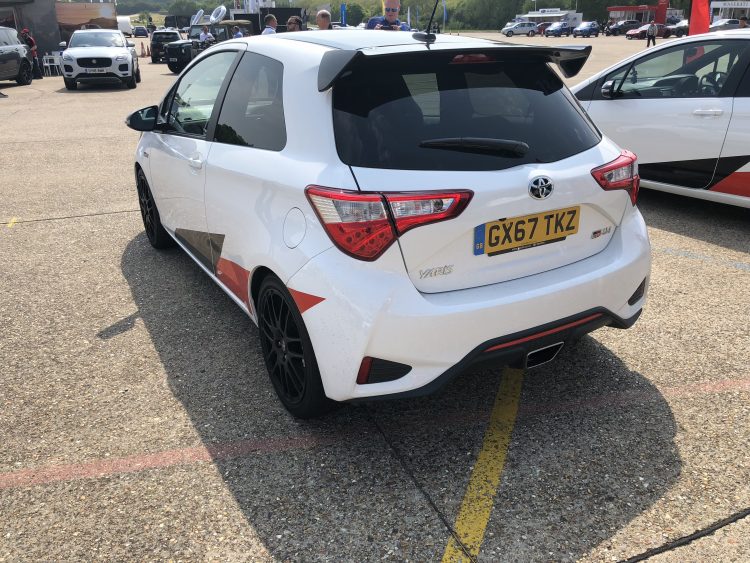 I found that the driving position is a “sit on top” of the car rather than in it. This driving position I found ok. In my opinion, with a car like this, I rather like the feeling of being high and able to see my reference points (especially when driving on a bendy road).  It is reminiscent to a Renault Clio 197 drivers seating position.

The sports alcantara sports seats held me in in all the right places….and are firm. 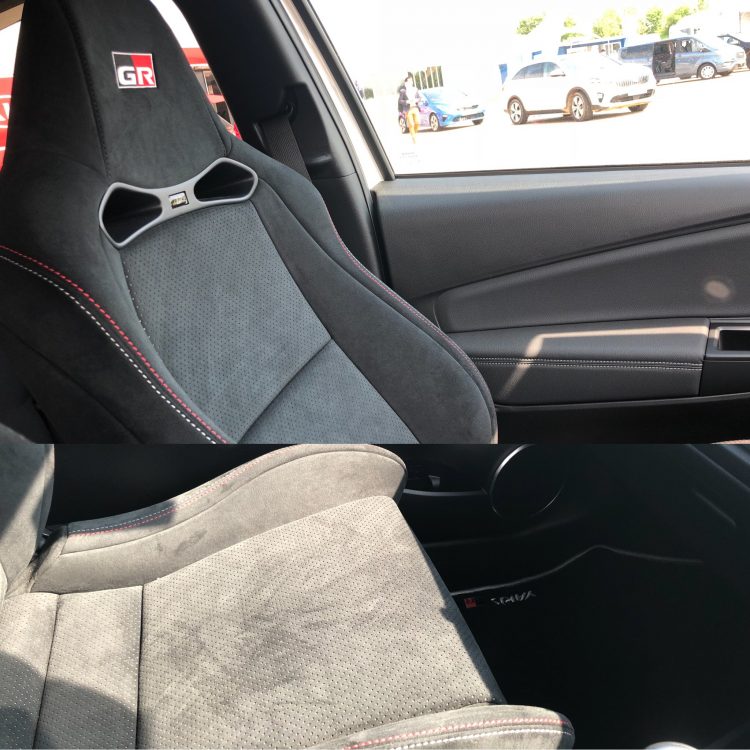 The engine is a punchy unit which is just willing to be pushed right up to the redline.

The reinforced chassis and suspension has been thoroughly tested on the Nürburgring’s Nordschleife.  It has a Torsen limited-slip differential….which makes this car fun to drive. It allows me to apply the power without spinning up the front wheels.

It is definitely a car that just wanted me to push it further….right up to the limit.  Thankfully, I didn’t get anywhere near that. 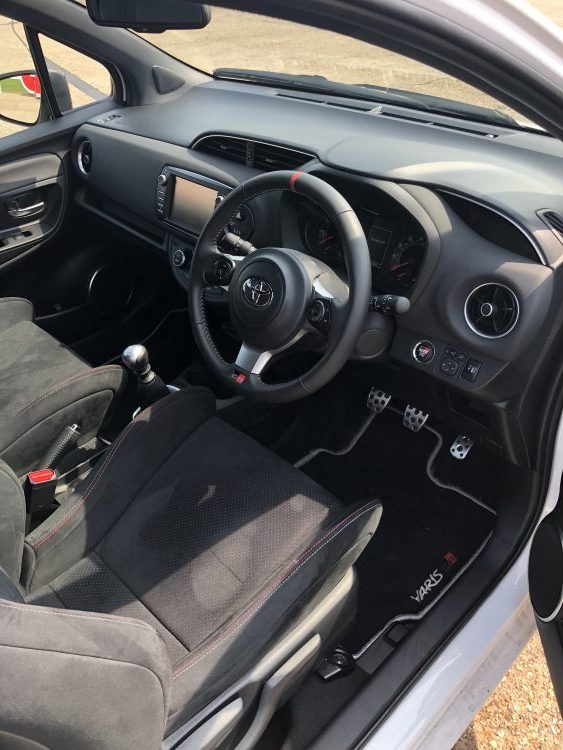