The new A7 Sportback will be available to order now for the first deliveries in April.
Prices start from £54,949 on the road.

This car does showcase Audi’s new design language (first seen on the new A8) but it is very rare that I am excited to view the rear of a new car.
It has a continuous flat light strip, that runs across the whole length of the rear, which I think makes the rear of the car look very stylish. 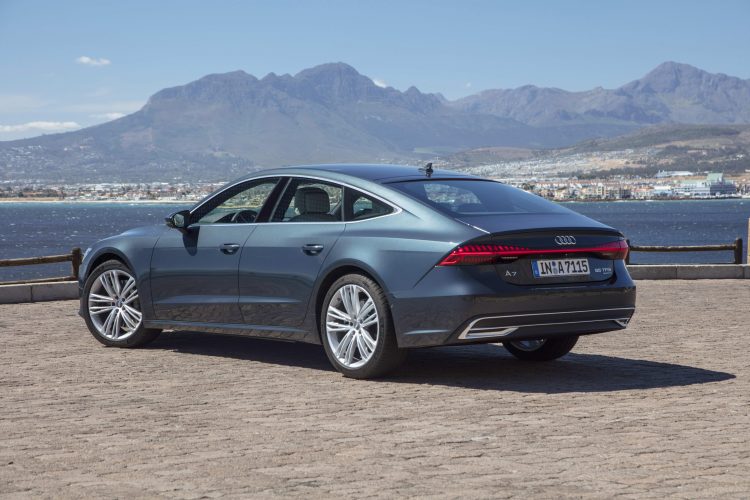 Expect to find all the latest technology inside the new Audi A7 Sportback….including the new MMI touchscreen. It has a 10.1 inch upper and a 8.6 inch lower touchscreen. The new stylish high-resolution touchscreen replaces the old rotary controllers and buttons that were used for the satnav in the previous model. 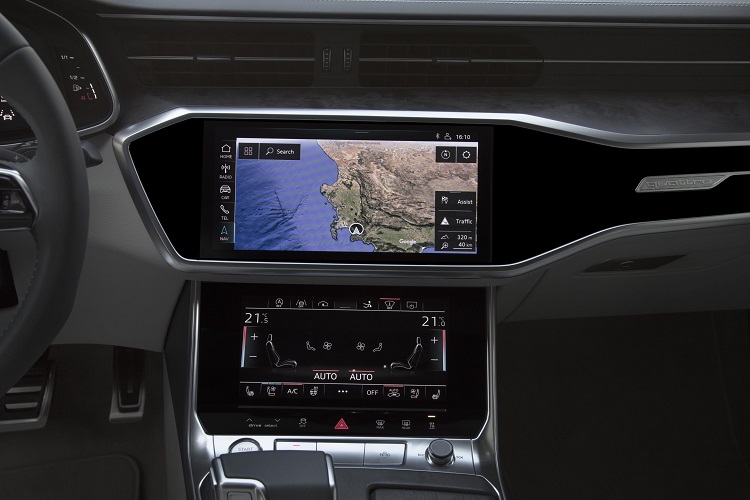 The interior length has been increased by 21mm. 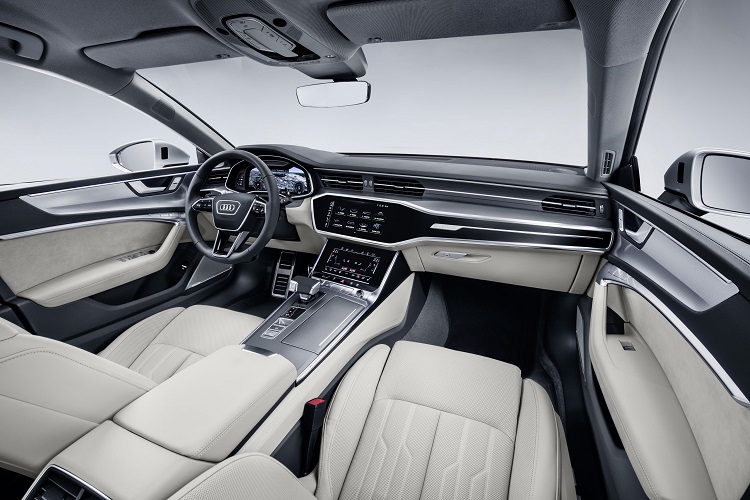 The New A7 Sportback will benefit from a mild hybrid drivetrain (MHEV) with a 48 V primary electrical system. With speeds between 34 – 99 mph the A7 Sportback can deactivate its engine and allow it to coast in a free wheeling mode. The Belt Alternator Starter (BAS) restarts the engine after coasting and it is capable of channelling 12 KW of energy back into the Lithium ion batteries during braking.

The latest safety technologies will feature in the new A7 Sportback. These include Audi Pre-sense Front collision warning and automatic braking system and Lane Departure Warning system, to name just a couple.