The 70 year celebrations are in full swing at Porsche…. and the very talented engineers are also in the party mood.  The Porsche designers and engineers have given themselves a birthday present.

The birthday present is the 911 Speedster Concept.

It is a road ready open top concept car that reflects Porsche’s emphasis on pure driving.

It has a more inclined windscreen and shorter side windows.  Just behind the 2 front seats features the iconic “double bubble”. The “double bubble” is made out of carbon fibre and under it sits the roll-over protection unit. 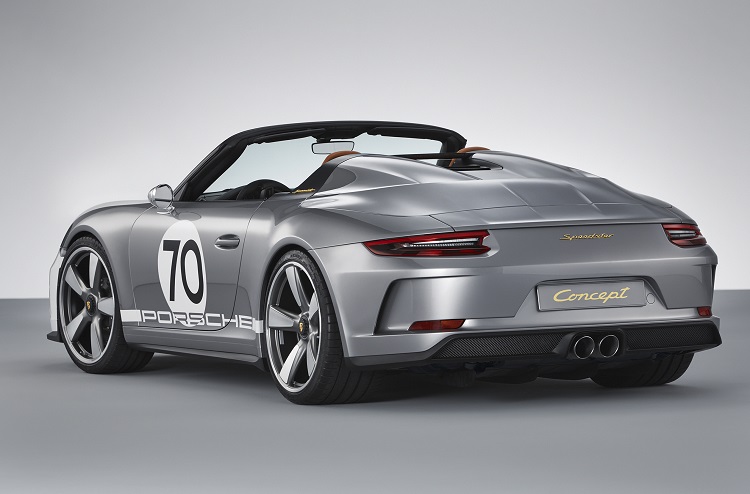 The front wings and bonnet are also made from carbon fibre. The chassis comes from a 911 GT3.

I am very glad to say that the engine is a flat 6 cylinder unit that delivers over 500 hp and uses a 6 speed manual gearbox. 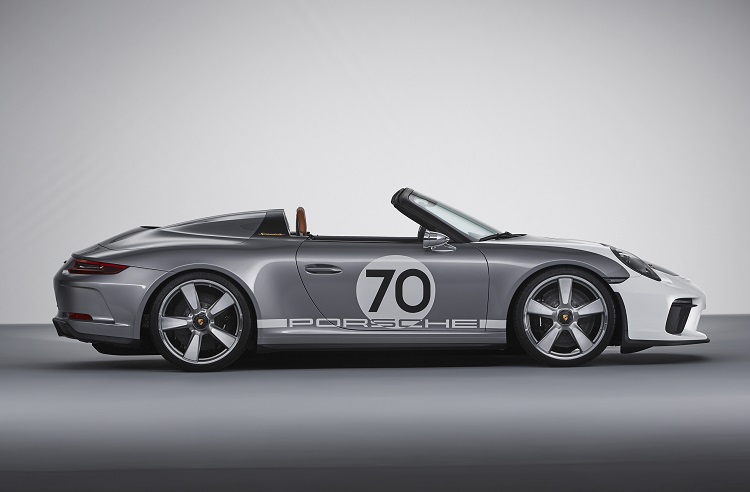 Porsche say that this is a study that offers a glimpse into a potential series-production version, although this model may not be presented until 2019. A decision on whether to proceed with the project will be make in the coming months.

Come on Porsche…. If you were to make a limited run of this car it will sell.  Remember the 1988 Porsche 911 Speedster?  It was very sort after then…. and still is now!!!