This is the new camouflage BMW M850i xDrive Coupe and it is now doing some final all wheel drive and suspension tests in Wales.

The clever engineers at BMW have developed a new 8 cylinder V8 engine that produces more power and torque…. but weighs the same as the predecessor unit. This new engine now produces 530 hp. This is an increase of 68 hp compared to previous engine. The maximum torque has been increased by 100Nm to 750 Nm.
BMW have developed an 8-speed Steptronic sport transmission for this “Autobahn miles crusher” luxury coupe. 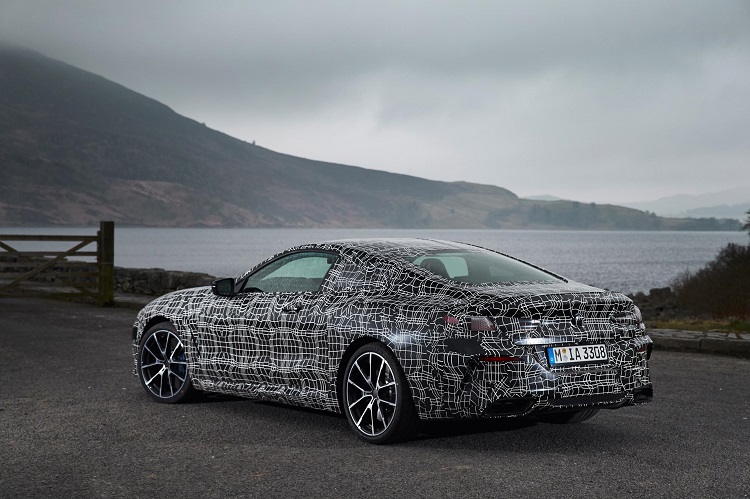 “The new V8 engine offers exactly the right balance between performance and emotion, which is what also sets the new BMW 8 Series Coupe apart. Above all, the eight-cylinder harmonises perfectly with the further developed Steptronic transmission during dynamic acceleration. At the same time, the sound development of the sports exhaust system authentically reflects the car’s power delivery. And thanks to BMW xDrive and active rear axle locking, the engine always transfers power precisely to where it can be best converted into driving dynamics”.

“The thing that always impresses when test driving the new BMW 8 Series Coupe is its adaptability. Whether a driver expresses his or her wishes with regard to comfort and sportiness using the accelerator pedal or by pressing a button, the vehicle immediately adapts perfectly to each setting.” 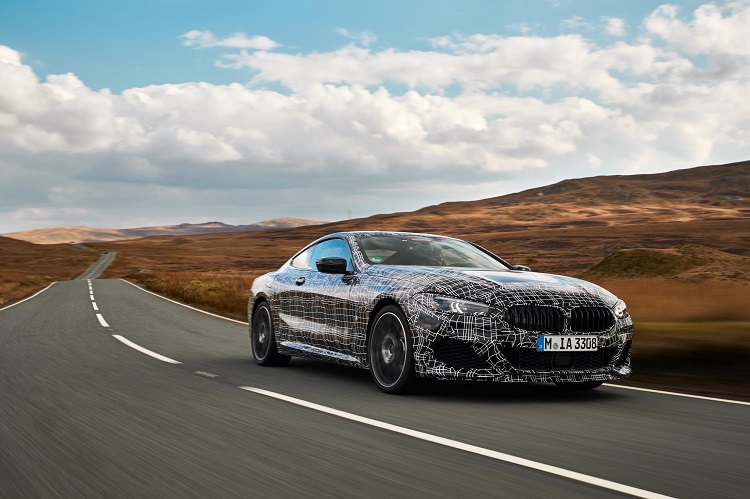