The final build allocation for the McLaren Senna has been auctioned at a private event.
McLaren held it back for this event and It raised £2,000,000 for The Ayrton Senna institute. .

The Ayrton Senna institute is a non profit organisation which provides education for 2 million unprivileged children and youngsters.

“Raising this amount of money for the Instituto Ayrton Senna is a wonderful result for our collaboration with McLaren Automotive.” Ayrton’s sister and mother of racing driver and McLaren ambassador, Bruno Senna. “The Senna family has a long-standing association with the McLaren brand and when the idea of a new model in the McLaren Ultimate Series taking Ayrton’s name was raised, we were immediately interested to explore the possibility. Now that the McLaren Senna has been revealed, we can say publicly how happy we are to be a part of this project.”

“The McLaren Senna is the personification of McLaren’s motorsport DNA, designed without compromise to excel on a race circuit, but legalised for road use,” . “Only 500 will be built and to raise such a significant sum at auction for a cause as worthy as the Instituto Ayrton Senna – the foundation that cherishes the legacy of one of McLaren’s greatest Formula 1 racing drivers – is both a genuine pleasure for McLaren and a testament to the desirability of our new Ultimate Series car.”

Blog readers please can you click on the UK Blog Awards Vote Now picture below and follow the link to cast your vote for We Blog Any Car. 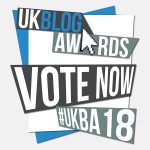 Thank you for taking the time to cast your vote and for joining the journey of We Blog Any Car.