Castrol Honda has announced that they will be entering the 24 Hours of Spa Francorchamps with this their new gorgeous NSX GT3.

The 3.5 litre V6 twin-turbocharged race car is already a race winner in the North American-based IMSA WeatherTech Sports Car Championship and Pirelli World Challenge.
The Blancpain GT Series race will be held on the 28-29 July.,

“The partnership between Castrol and Honda is one of the most iconic in motor racing and dates back to the 1960s. Since then the iconic Castrol Honda livery has been the backdrop to a huge number of World Championship success and international race wins on two wheels and four, and we’re proud to see it on the NSX GT3. Castrol supported the pole-winning NSX campaign at the Spa 24 Hours in 1993 and we are extremely excited to have the opportunity to continue the relationship in this year’s event, which promises to be the most closely-contested race in a generation.”

“When we helped launch Honda’s NSX GT3 Customer Racing Programme at the Spa 24 Hours last year, we set ourselves the target of making sure a car was racing in this event in 2018, and we are incredibly excited that Castrol Honda Racing have decided to enter the event. The NSX GT3 finished second at the Daytona 24 Hours this year so its speed and reliability are without question. I’m sure that Castrol Honda Racing can perform very well at Spa.” 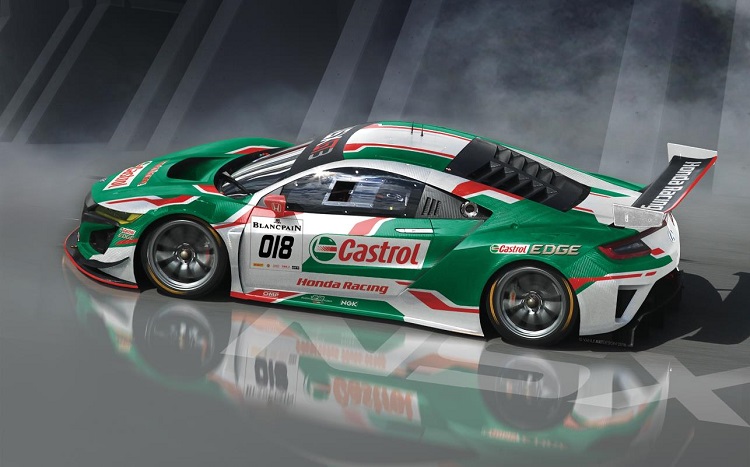