At the beginning of May my partner and I decided to have a long earned holiday to see my family and friends in Barbados. After stepping off the plane at Grantly Adams airport we walked into passport control and my eyes where immediately drawn to the massive poster hanging from the celling in the airport which read: “Barbados Festival of Speed 7th-8th of May 2016″.

It is this weekend? I asked my my fiancée standing in the queue. She said with a wry smile ..”no this is a holiday away from cars!”. To be fair I couldn’t argue. She puts up with a lot of car stuff from me and this is a holiday after all.

After seeing my family and friends everyone was saying ..”just go and have a look.” Now I know what Barbadians are like when it comes to cars and motorsport…. I decided to go.

To my surprise my fiancée said she that would come too…so the next day we set off for Bushy Park.

Bushy Park is Barbados’ recently revamped and redeveloped race circuit. You have to give it to them they have done a great job.  In 2014 it was the official location of the Race of Champions.

It is now attracting international racing events from single seaters to tin top race cars. Lets not forget the Barbados Rally which is getting bigger each year. This is all putting Barbados on the international motorsport map. 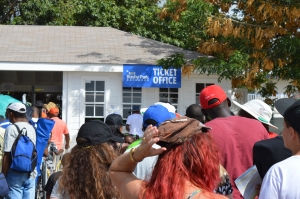 When arriving at the circuit you could feel the Bajan party atmosphere. Everyone was out for a good time in the sunshine. 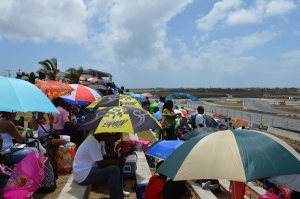 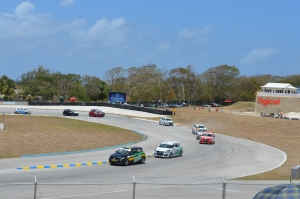 There was a Monster truck on display, which you could have a ride on, as well as circuit racing from Suzuki Challenge Swift Cup. There was also banger car racing, a breath taking FMX Bike display, Classic Car and Bike parade, Barbados Karting Association (something I’m very interested in), Superbike racer Tommy Hill and Lewis Hamilton and his Mercedes Benz F1 car.

Yes Lewis Hamilton was on the island!!!

He drove his F1 car with speed around the track, slowing down at times so that spectators could have a good look at the car and him. He also pleased the huge crowd with a few donuts. Brilliant! After doing that he is now officially Barbados’ adopted son. The crowd loved him!! 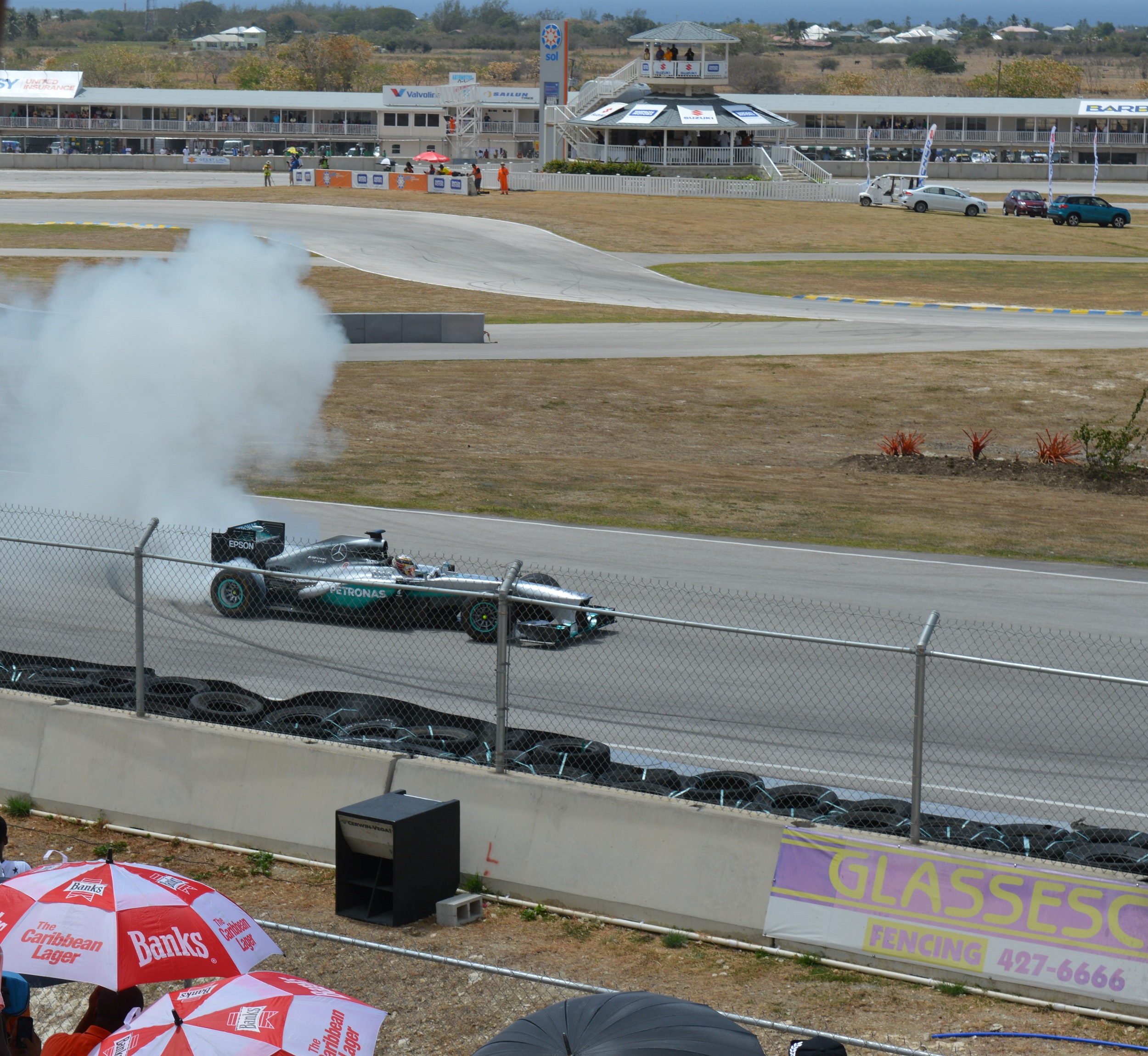 Then after a break in the racing he had a duel between himself and Superbike racer Tommy Hill on his bike. 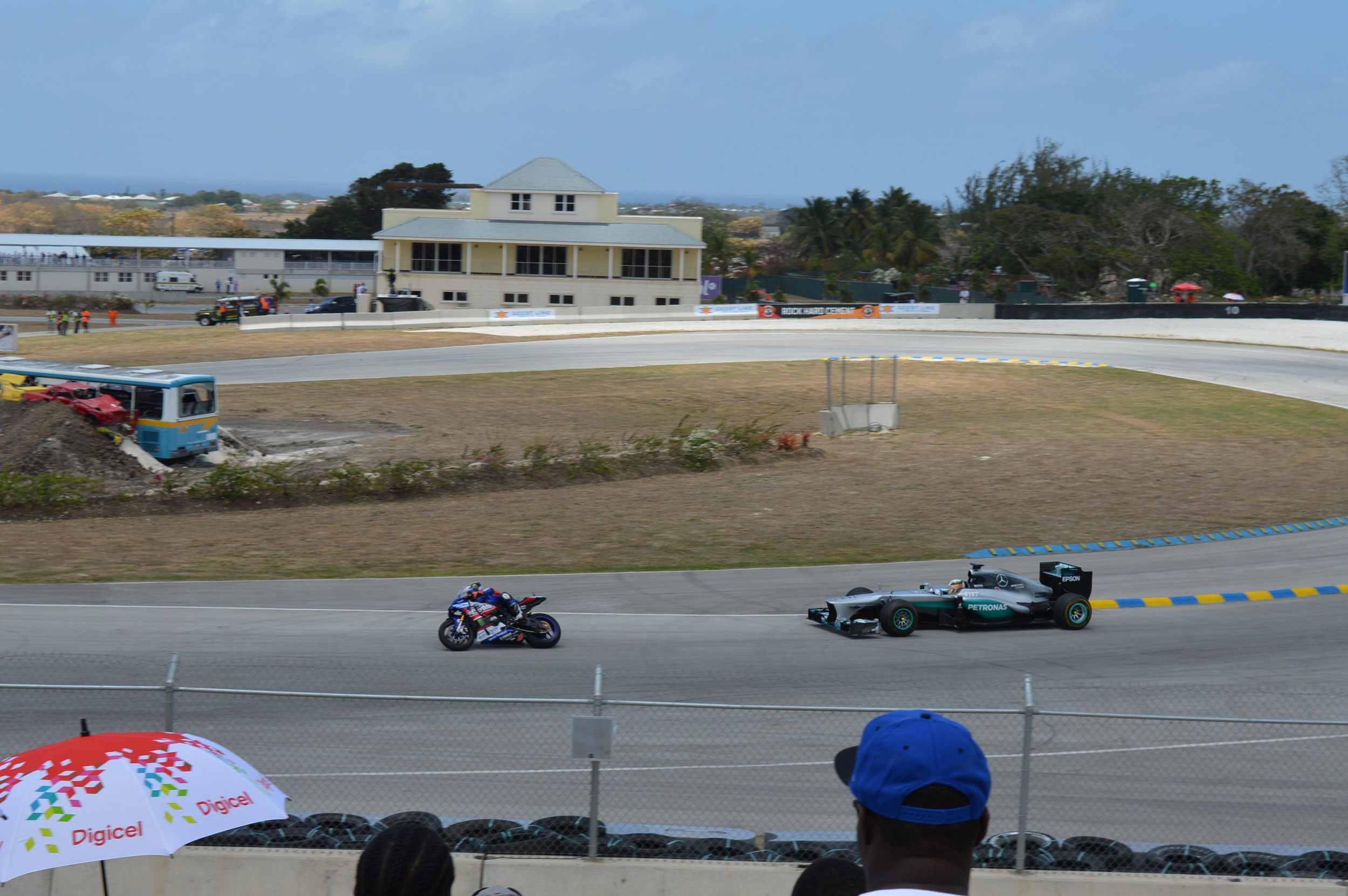 There was also a chance to meet Lewis, which we did, as he was doing some signings. This was truly unexpected and unforgettable moment. What a nice guy he was! I should have got some karting tips whilst I had a brief chat with him…but I think I was too in shock! 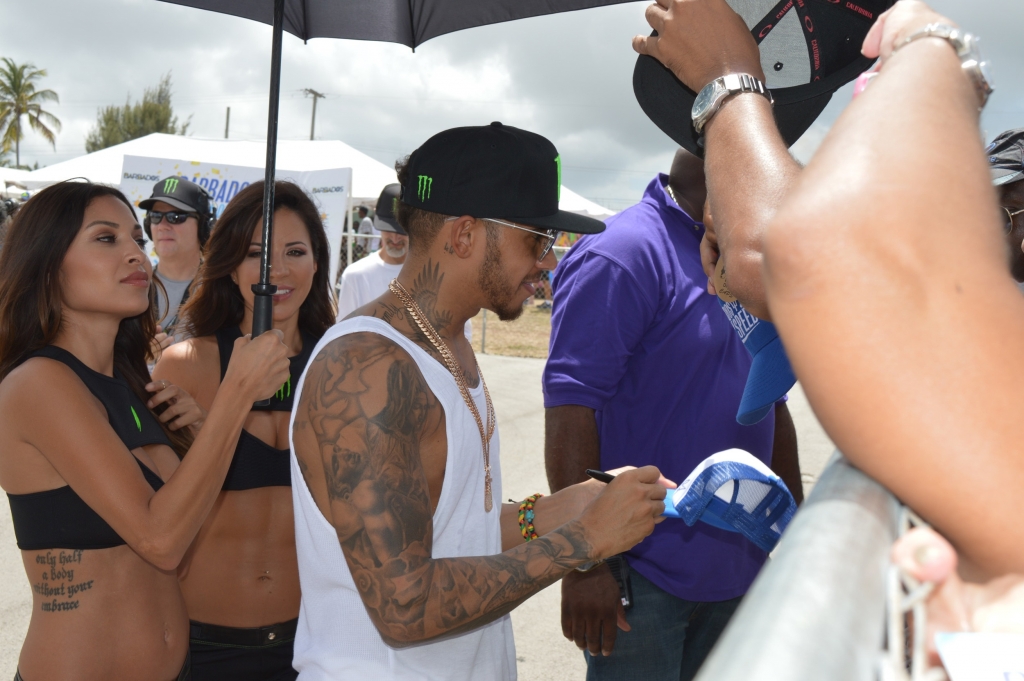 I would definitely recommend going to this next year (or whenever you are in Barbados) it is a great day out. You really do get a good view of the circuit, you are close to the action, you see brilliant racing, eat delicious local food, sit amongst an electric atmosphere and you also have the sunshine…..yes don’t forget the sunscreen!

When we are back in Barbados I will take my karting gear. I’ve gotta get on that track!