Once in a while a rare car pops up. This is one of them and its for sale.
A right hand drive 911 (964) Turbo “Flatnose.”
The Flatnose models were produced by Porsche to signal the end of the production of the 964 in 1993. Only 76 were made and 12 of them were right hand drive.
911 Turbo “Flatnose” means it has the X84 body package. The front wings and pop up headlights are from the Porsche 968 with a modified front spoiler from the factory. 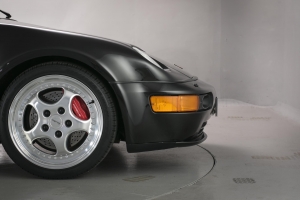 The engine is the X88 package, which is the modified 3.6 litre, flat 6 cylinder 385bhp same as the Turbo S. 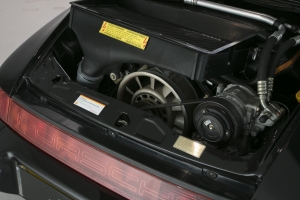 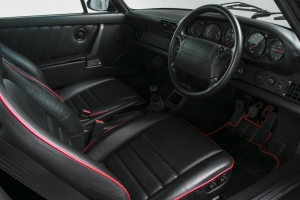 This Porsche has only covered 630 miles and has been part of a private collection.
It is being offered for sale by Hexagon Classics in London.

“At the time, only a select few were offered the ‘Flatnose’ models – they weren’t publicised, they were almost ‘under the counter’.  Not only is this incredible 964 possibly the nearest thing to a brand-new Porsche 964 Turbo, it is also one of the rarest and most important time-warp Porsches we’ve ever had the pleasure of offering for sale. A true collectors’ item.”